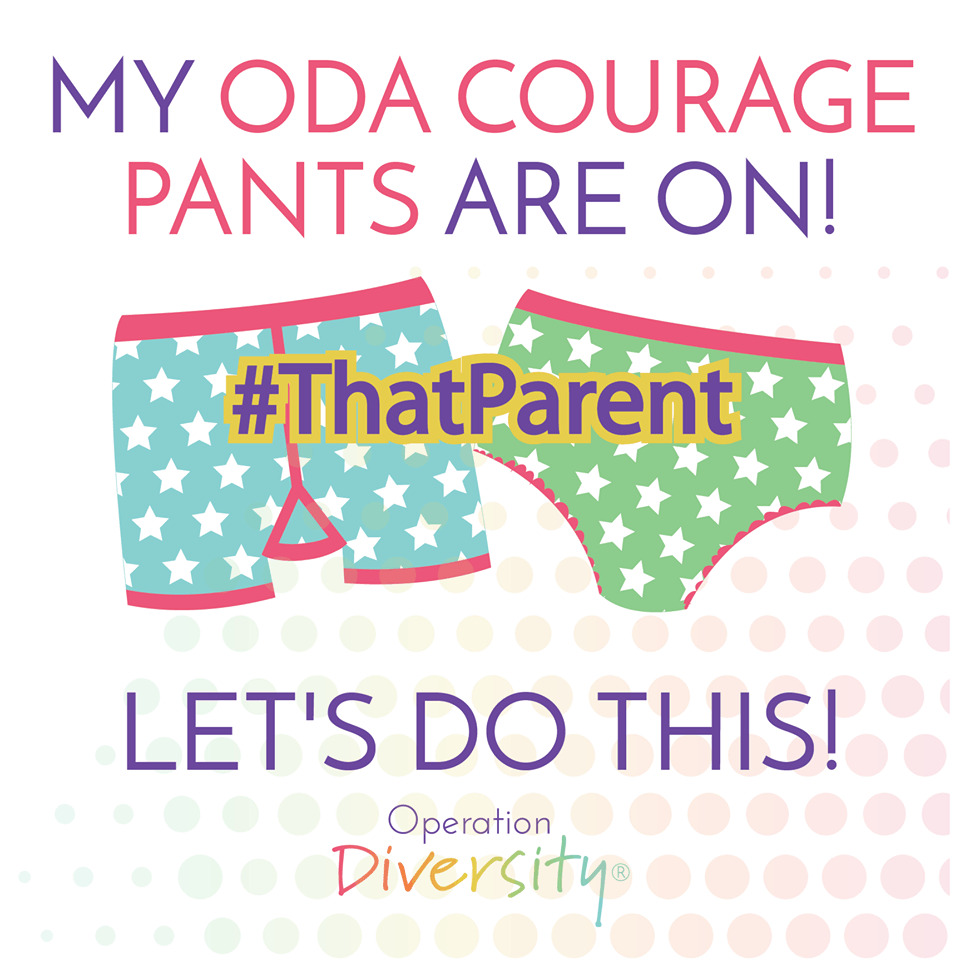 We are a leading online training, resource and support membership site for parents, carers and guardians of Neurodivergent children with Special Educational Needs & Disabilities!

My name is Sarah Chapman. I am a neurodivergent 36 year old mother of four, Founder & CEO of Operation Diversity (my 5th baby!) and a very different person to who I used to be. Eleven years ago, I was living in poverty with petrified of being a failure for my unborn baby. I was written off by the education system and my parents, I was deeply unhappy and honestly believed that I would never amount to anything. I jumped well and truly on the rebellion train throughout my teenage years and left school feeling worthless with nothing to show for my time there but a lifetime of deep emotional scars.
My education was one which can only be described as wasted as I had thrown away the opportunity at school to make something of myself. Following a spell in care being bounced from home to home as a result of my challenging and rebellious behaviour anyone would have thought that I was determined to make things difficult for myself. I thought that I was stupid and hated everything about my life.
Much of my time in school was spent in the isolation room with my teacher’s harsh words echoing through my mind, “YOU will never amount to anything!” I was really interested in the subjects, but I opted to act like the class clown in order to hide the embarrassment of what recently turned out to be Neurodivergence! A good combination of ‘dyslexia’, ‘APD’, ‘ADHD’ ‘Irlen Syndrome’ and I highly suspect that I am Autistic too. My Neurodivergence is a part of me and something that I have actually grown to really love!
I have battled hard with my confidence and self-esteem over the last decade, fought against the model of disability that suggests that I am disabled and therefore cannot achieve and I have fought hard to become the person I always knew I was inside. I have actively gone out of my way to prove people wrong, to achieve things that I was always told would not be possible. I have turned my life around and dedicated the rest of it to improving the lives of thousands of other Neurodivergent children, adults and their families around the UK so they don’t ever have to feel how I used to myself.
Everyone deserves to be happy; everyone deserves to feel fulfilled; to have their needs fully identified and met. I have made it my mission to give those people struggling a voice to be heard alongside the knowledge, tools and inspiration to live the life that they want to live.

This is the first part of my story:

The waves of pressure consumed me and I was overcome with emotion as those painfully harsh words that had been drummed into me for so long bounced relentlessly around the walls of my brain, their combined voices echoing loudly in my mind, crushing the remainder of any hope that I had left,

“YOU WILL NEVER AMOUNT TO ANYTHING!”

After my last GCSE was over, I slowly walked through the corridors, completely deflated, feeling emotional with my soul well and truly crushed to try and track down my younger brother Thomas. Half way down the narrow corridor I was confronted by ‘Limbo’ my old Design and Technology teacher. I froze and began to panic.. He stood firmly facing me with his hands gripped to his hips, his eyes stared hard and his thin lips pursed widely beneath his old school moustache. The bell began to ring and I could see through the glass windows that filled half the interior classroom walls all the way down that we were about to be joined by a hundred pairs of eyes and ears.
The corridor quickly filled with my peers which provided the perfect platform for him to humiliate me once more! “Wadeley!” he finally screamed harshly after what felt like a slow motion eternity from down the far end of the corridor at the top of his lungs..

This summed up my whole experience of school and after screaming back a strong piece of my mind at the bullying weasel of a man, I was gone!
What a waste of my time. 16 years for nothing. I am sure the school were glad to see the back of me, but I was them! I was officially a ‘reject’, firmly branded a failure, I was bitter, angry and wholeheartedly believed that I had ruined my life. The school had far from empowered me. Instead, I felt broken. Like ‘damaged goods,’ with low confidence and my self-esteem was unsurprisingly in tatters.
My one saving grace?……… I was finally free to leave!
This is my ‘WHY’..
Sarah Chapman, Founder and CEO, Operation Diversity, and the Operation Diversity Academy a specialist UK membership website for professionals, parents carers and guardians of Neurodivergent Children and Young Adults with Special Educational Needs & Disabilities (SEND) – https://operationdiversityacademy.co.uk/
– Through Operation Diversity, alongside my team of leading professionals, I currently support 12, 228 people, through my free Facebook group Operation Diversity Community® Dyslexia ADHD Autism Dyscalculia Dyspraxia I support SEND/ Neurodivergent families and also provide guidance to professionals working in the SEND, education, health and social care sectors.
As of today 9th May 2020 I am also supporting 971 families inside my membership website and private members community group (a sister group to our free one!). I have worked passionately and relentlessly to build a combined audience of approx 30, 000 people across our social media platforms, website and mailing list!
This I am sure will surprise my teachers, and all those ‘influencers’ in my life who made me feel worthless for all those years. The people who should have empowered me, but instead grossly underestimated me. These years of trauma have left me deeply scarred but I am not a victim. I am a survivor! I use my experiences, my qualifications and skills every day to change the life and learning experiences of others who without my help may otherwise have fallen down the rabbit hole too.
What I have learnt is that the biggest indicator of our current and future success is ‘OUR OWN PERCEPTION’ of our ourselves, our neurology, and how we interpret our differences… Our sense-of self, our motivations, our ambitions and the opportunities we seek out should not be in spite of our ‘NEURODIVERGENCE’ but because of IT Our ‘neurodivergence’ means that we are anatomically, and cognitively ‘wired differently.’ Given the right ‘Knowledge’, ‘Tools’ and ‘Inspiration’ we will be unstoppable! – This is where my heart is and my mission for the rest of my days..
More to come!…. There is a lot to write about!

Sarah Chapman, *proudly neurodivergent* and a…. 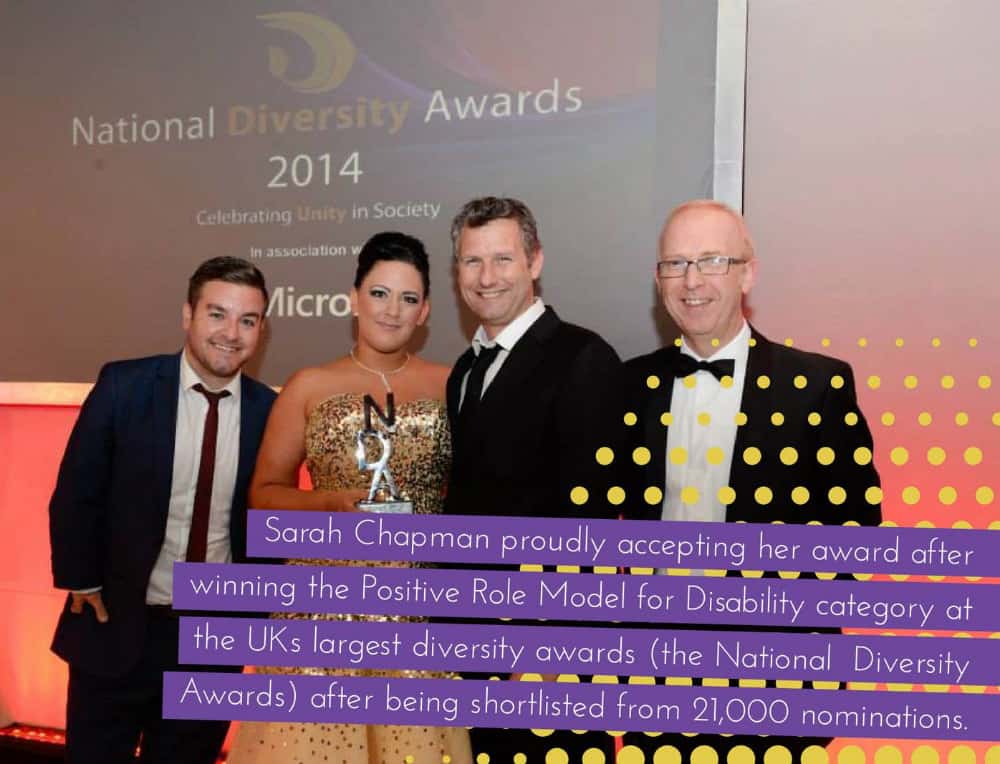 Please feel free to share my story with anyone you feel would gain value from reading it... x

‘Dyslexia’ has nothing to do with your intelligence, your diet, lifestyle, the colour of your skin or your family background – It

Since being thrown into this chaotic experience of isolation, I have been doing my best to be of service to parents and